Macedonian postal codes are four digits long. The distribution centre, also known as a post-center, is represented by the first numeric character, whereas the post office is defined by the last three numbers. The postal code is entered before the country in Macedonia,

Please use our zip code search to locate another zip code.

Macedonia is a landlocked country located in southeast Europe. The Socialist Republic of Macedonia was created in 1944, became part of the Republic of Yugoslavia in 1946, and declared independence in 1991. Macedonia is a typical exodus country. Between 1912 and 1944, the first big wave of refugees left the country. The second wave of emigration began in 1970 as a result of the economic crisis. A total of 300,000 Macedonians travelled to Germany, Austria, and Switzerland to work as guest workers. The majority of them were Macedonians of Albanian ancestry. They have also brought their families to the West after Macedonia's independence.

What is Republic Of Macedonia address format?

What is Republic Of Macedonia Zipcode Format? 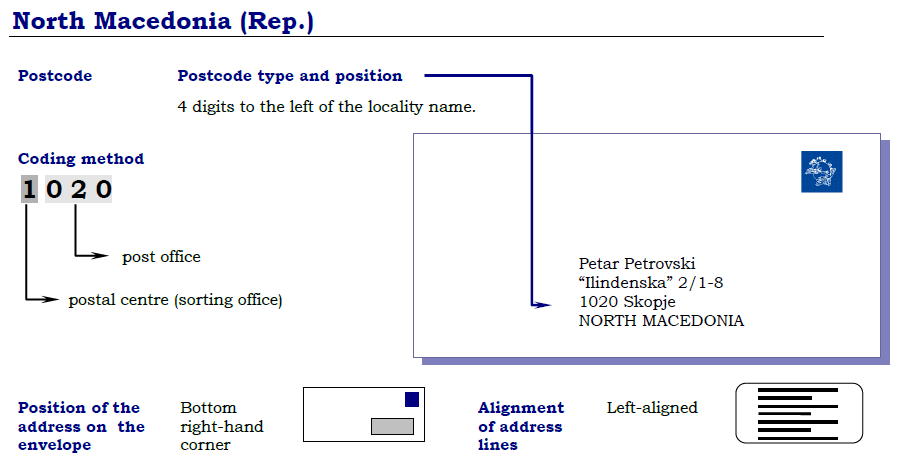