Ghana uses alphanumeric postal codes. The first two letters comprise the postcode district; the first letter indicates the area, while the second character indicates the district in which the address is situated. The following three to five numbers denote the postal district and provide a more accurate location within the district.

For example, postal code GA008, which corresponds to the region around Accra's 37 Military Hospital, is 500 metres from GA009, implying proximity to the district's heart - and hence to postal code GA000.

What is Ghana address format?

What is Ghana Zipcode Format? 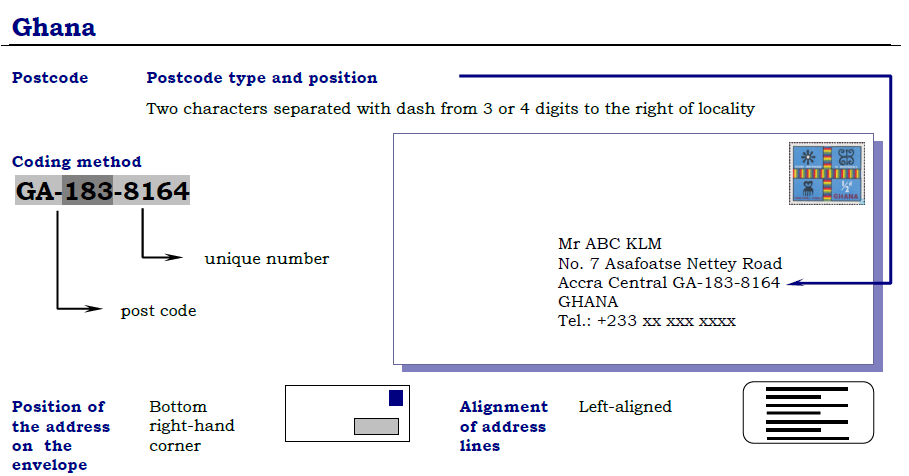